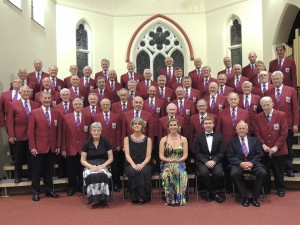 The choir sang at Crediton Parish Church on 23 July for the benefit of Crediton Community Transport.  The acoustics in this grand church are fantastic enhancing the sound of the choir singing at its best!  Our guest soloist was Iryna Ilnytska, mezzo-soprano.  She sang six arias from various operas and the audience and choir thought… 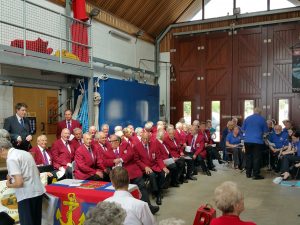 Once again the choir sang at the RNLI Lifeboat Station in Exmouth as part of the Sea Sunday Service.  About 30 members of the choir were present and they sung four songs to the assembled audience of about 200.  Among the audience was the grandson of Exmouth lifeboat Coxwain, Will Carder, who was landlord of…

We performed in support of Rotary Club to a packed church at Sidmouth on 18 June.  This was a little different for the choir because our musical director, Michael Graham,  was unable to conduct, and we had the pleasure of having Laurence Blyth to conduct us.  The concert was a great success raising £1600 for Rotary… 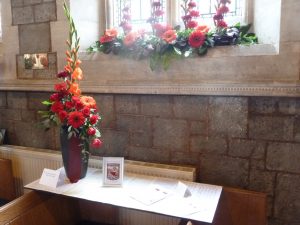 St. Peter’s Church, Budleigh, held a flower festival at the church during the weekend 24 – 26 June 2016, at which approx. 40 local clubs and societies presented a display of flowers representing their particular activity.  The whole church was decorated and was a joy to behold.  We are delighted that Denise Cockrell (wife of…

The Choir and SW Comms Band held a successful concert at Exmouth Pavilion on St George’s Day.  A mixture of stirring English  renditions by both groups entertained an enthusiastic audience of more that 200.  The music was interspersed with reading from Shakespeare, Worsdworth and others emphasised the “Englishness of the evening, which concluded with everyone… 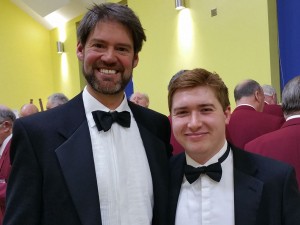 The first concert of the year took place to a full house at the Glenorchy church in Exmouth on 5 March. At least 50 members took the stage, including two new members, Mark Lovett and Patrick Walker.  Tickets proceeds went to the Woodbury Salterton – Dumbutu Link which helps to provide facilities to the residents…